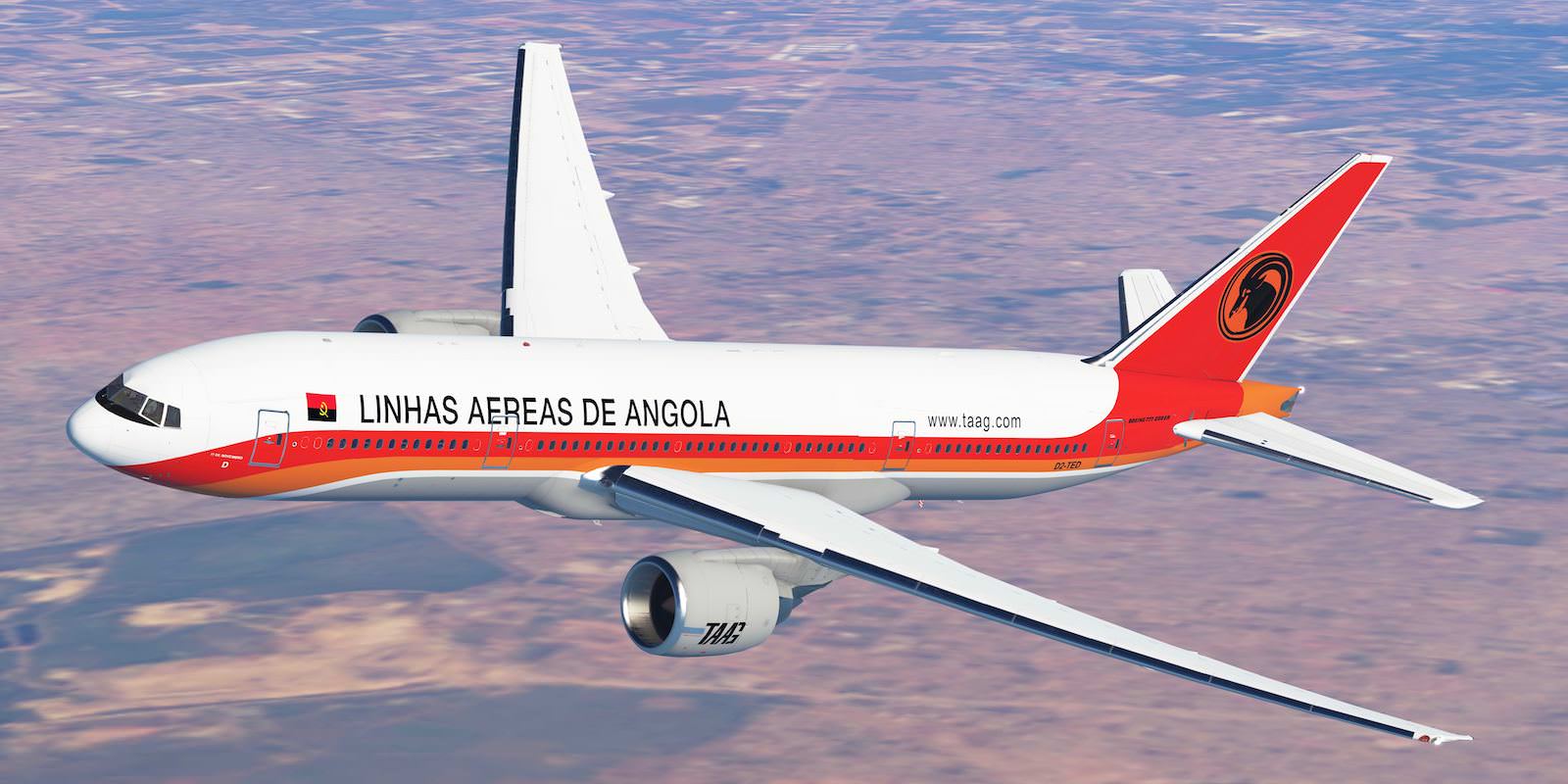 The B777 first flew in 1994 and is now one of the world’s most recognized aircraft. With our latest 20.1 update, we have reworked the first of our B777 family, the B772. In this article, we will share our top 5 routes you can fly with this reworked aircraft!

Sporting a vibrant blue, white, and yellow color scheme, Ukrainian International Airlines recently put their B772 on the Toronto to Kyiv rotation. As you depart from Pearson International, Canada’s busiest airport, you will see amazing views of Lake Ontario.

Roughly 9 hours later you’ll begin your descent into Kyiv. If you have VNAV enabled, a new feature with 20.1, you can set your aircraft to descend automatically to hit altitudes for each waypoint. You’ll pass near the home airport of the infamous A225 aircraft to the north-west of Kyiv before flying over the city itself!

From the City of Music to the Mother City, this flight takes you across the entire, remarkably beautiful, continent of Africa. Flying in the new Austrian Airlines livery, this flight on the Austrian B777 is perhaps the most scenic of them all!

You depart from Vienna airport, making a southbound turn shortly after departure. As you fly over the many African nations including Libya, Chad, and the DRC, amongst others, you will notice the changing topography and geography of the diverse climatic zones. These are some of the most expansive and unique countries in the world, so your view out the window will be well worth the trip!

Staying with our African theme, TAAG Angola is a popular and much-loved African airline. Their striking B772 livery has made its way into Infinite Flight with 20.1, and the popular Luanda to Lisbon route is the clear choice of flight to take.

Departing Luanda you bank north and track parallel to the African west coast. You’ll fly over the Gulf of Guinea before making landfall for the first time. Look out for the volcanic caldera islands to your right as you pass over the Gulf! Your descent will start as you pass alongside the Strait of Gibraltar, and soon Aeroporto de Lisboa will be in full view!

Curious to learn more about TAAG Angola? Check out 5 facts about them below:

Originating at the single runway traffic jam of London Gatwick, this British Airways flight is a popular one with British holidaymakers. You’ll head west and follow the southwest tip of England before negotiating the lengthy Atlantic Ocean. Your flight plan may take you over the remote islands of the Azores, a small group of Portuguese islands famous for volcanic craters, 15th-century churches, and a host of colorful lakes!

By the time Barbados is in view, you will have began your descent. Grantly Adams airport is located on the south side of the island, so you’ll have a great view of the entire location whether you approach from the east or the west!

San Francisco to Guam (via Honolulu)

Our one and only double-barrelled flight links the three main airports on the United Island Hopper route. Flying from San Francisco to Guam, via Honolulu, this route by the United B777 allows you to take in two islands in one!

The first flight, a 4.5-hour hop, lands at Honolulu. Upon departure for Guam, you’ll depart using the unique island runway at Honolulu (winds permitting). Banking west will set you on course almost direct to Guam. Guam is the westernmost territory of the United States of America, so you won’t be leaving the United States at any time during this entire route! 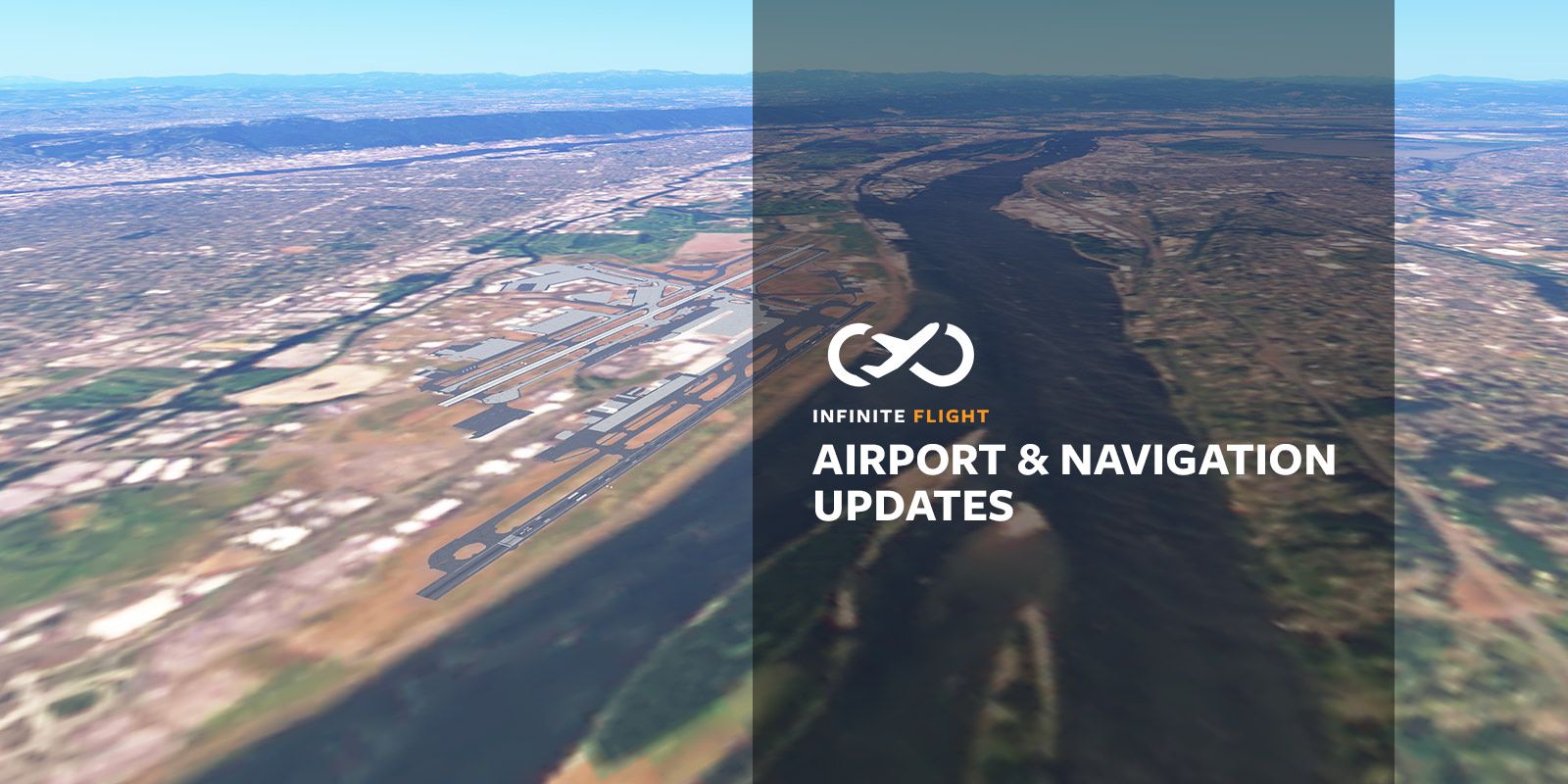 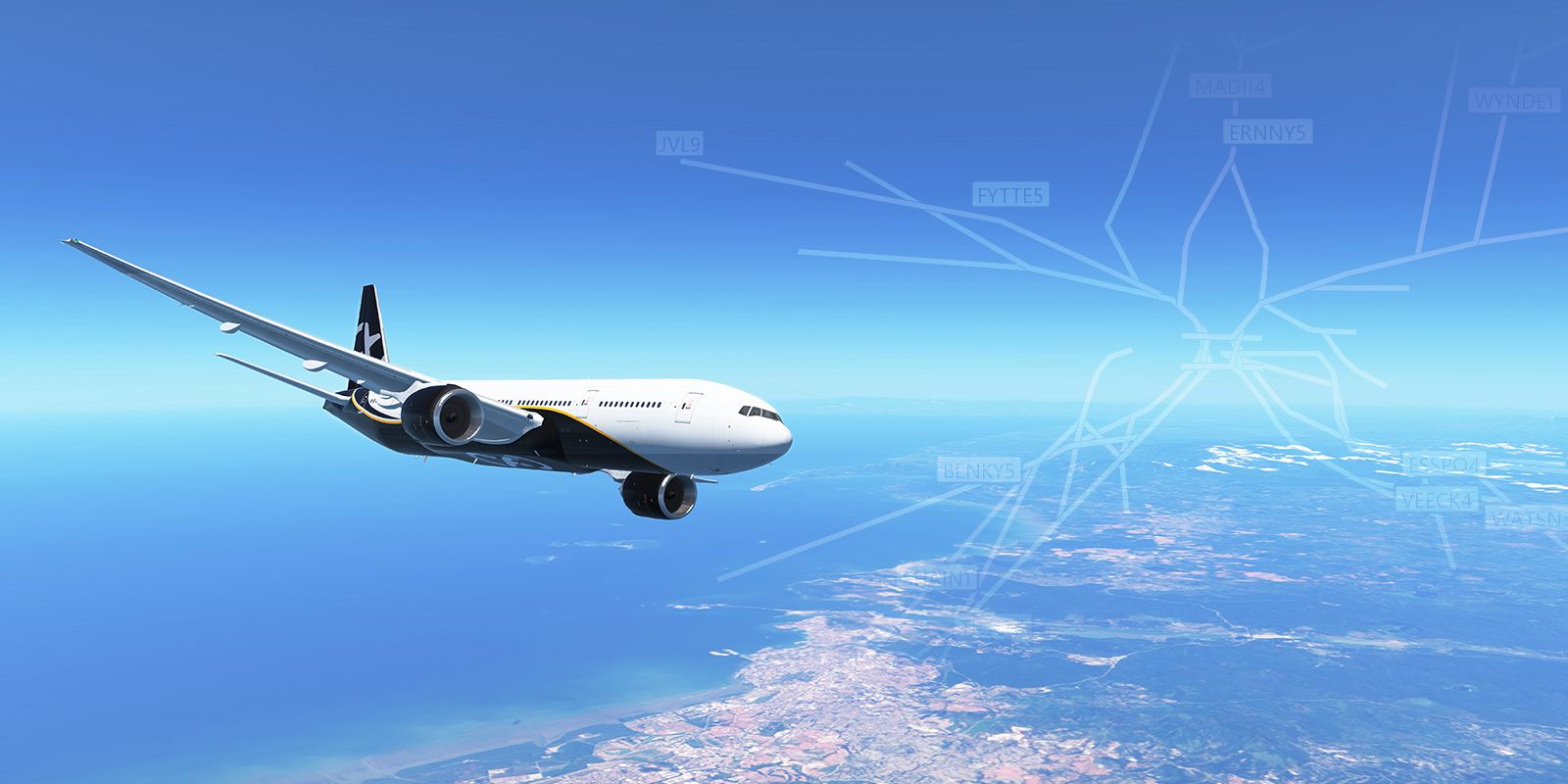 In the first update of 2020, Infinite Flight brings a reworked B772 along with a new worldwide database of nav data, instrument procedures, and much more.