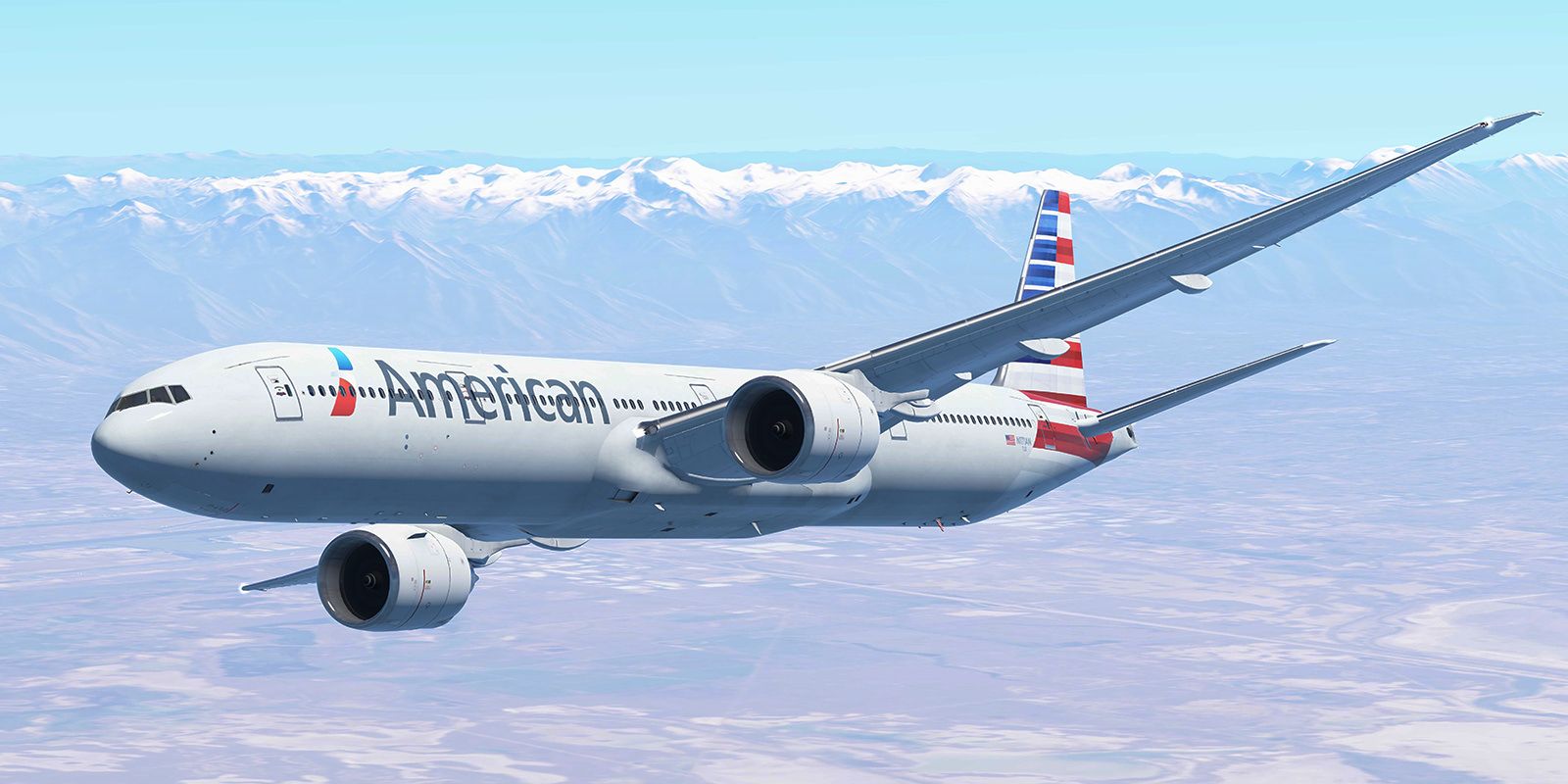 In its second major update of the year, Infinite Flight has released version 20.2. It's an update that may seem to have widebody variants as the heroes, but if we dig deeper, there is much more at the core.

The overwhelming demand at Infinite Flight is for aircraft and how they're painted. Airliners are the first aviation experience for many. Even if the real-world single-engine pilot is honest, they might admit to first hopping in an airliner to give a new flight sim a try. This time around, Infinite Flight focused on some important quality-of-life improvements and a complete overhaul of user authentication. But, since the aircraft development team was cranking out more top-notch 777 variants, those are here too.

In the 20.1 update earlier this year, Infinite Flight launched the first major rework of the 777 family with the 777-200ER. With it came a new realistic sound pack and the sim's first fully animated Boeing cockpit. Now, users can enjoy a wide range of 777 aircraft with the addition of the B777-200LR, B777F, and B777-300ER. Many liveries have been updated with new registrations to match their real-world counterparts, and the fleet boasts 17 brand new paint jobs for this update.

The above liveries are new. A full list of 777 liveries is shown in-app when selecting aircraft.

Infinite Flight has paid close attention to its community and has given some existing features a few highly requested upgrades. The app's comprehensive camera system now features a drone camera for all aircraft. Drone cam, which comes with interior and exterior sounds, allows the user to position the camera anywhere they like around the aircraft, even in flight. This allows for footage and screenshots that were previously not possible while the aircraft was in flight. Combined with the replay system, which replays flights even in multiplayer, drone cam will give pilots full control over their Infinite Flight storytelling.

In another effort to create more realism in Infinite Flight, 20.2 contains some callsign selection changes. For GA flights, the callsign selection screen shows a full list of countries from which users can choose. The prefix for these country-specific callsigns will be automatically filled in, and the appropriate ID parameters displayed based on the real-world specifications.

A preview of callsign management can be seen in the following video, and a full list of enhancements can be found at the conclusion of this article.

Sometimes the features that require the most work aren't ones that users can immediately get excited about. One such upgrade for 20.2 is to Infinite Flight's user authentication system, which has been overhauled from the ground up. One of the challenges to working with both the App Store for iOS and Google Play for Android is ensuring cross-platform compatibility, subscription handling, and a smooth user experience for everyone. Further, server/backend updates are needed to keep up with the growing number of users and to ensure that the app technology is modern so Infinite Flight developers can release regular updates efficiently.

A new authentication system allows Infinite Flight to offer subscription discounts, trial periods, and much more. In addition, integration with the sim's community forum means greater visibility for pilots and ATC, as well as easier identification of users in support situations.

Sharing flight plans in Infinite Flight just got a lot easier! Infinite Flight pilots can now use the flight plan share icon to save to their device, send to another app or via other methods offered by iOS. Two-way ForeFlight compatibility means practicing with your EFB ahead of the actual flight is more convenient than ever. Flight Plan Sharing uses Garmin's FPL format, so users can explore other ways to use them with services like SimBrief and SkyVector.

Community Contributors
Many thanks to ShaneAviation, ArsenyKryuchkov, Saharsh, Suhas, and others for the community-contributed screenshots.

First delivered in 2004, the B77W is the most popular B777 variant flying today. Powered by the mighty GE 90-115 engines, this flagship aircraft is a highlight of our 20.2 update. Join us as we share our top 5 routes you can fly with this reworked aircraft! 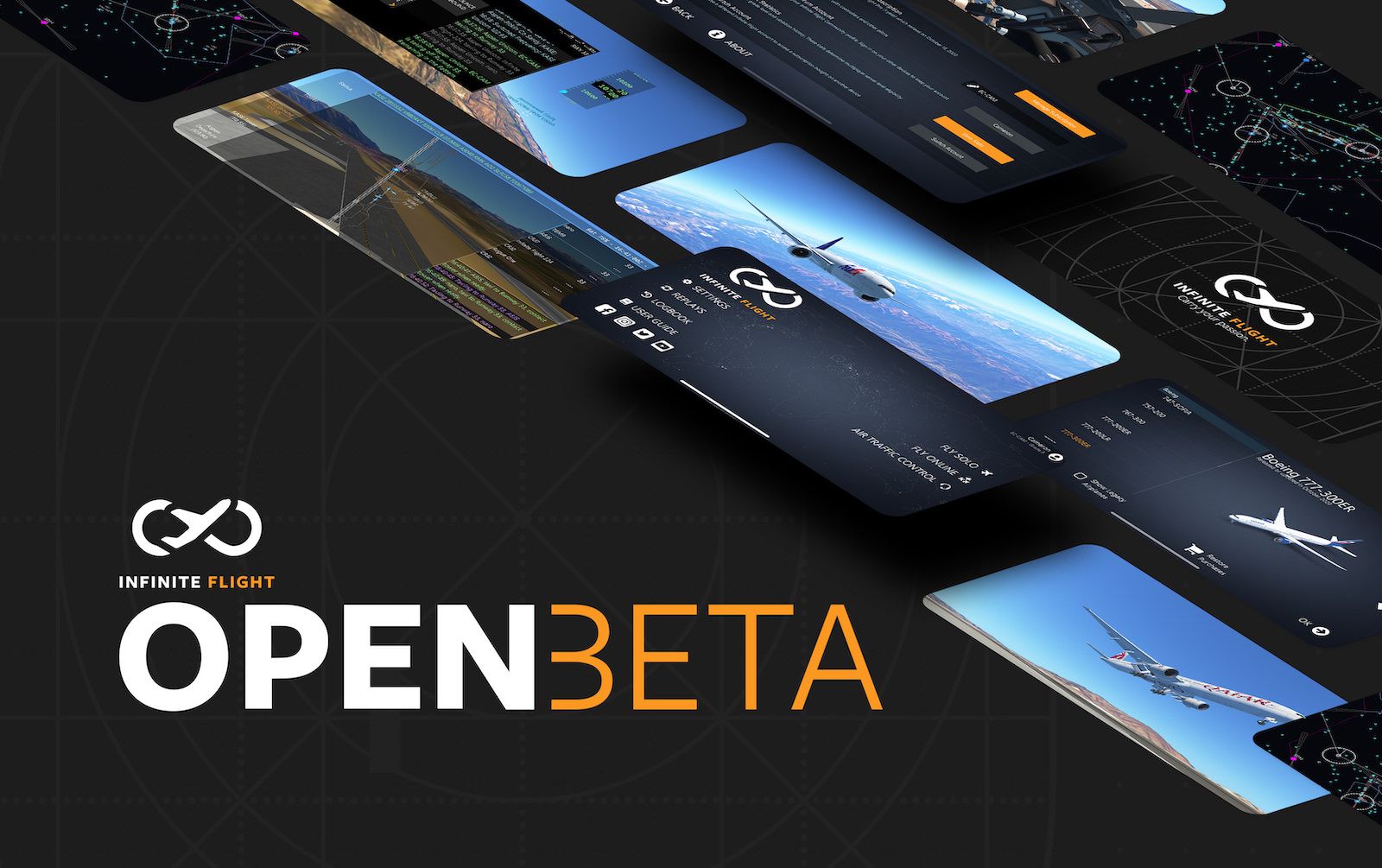 As the internal beta testing for 20.2 comes to a close, we're introducing something new. For this release, Infinite Flight is offering a public beta, giving interested users a chance to preview and test new and improved features in advance.